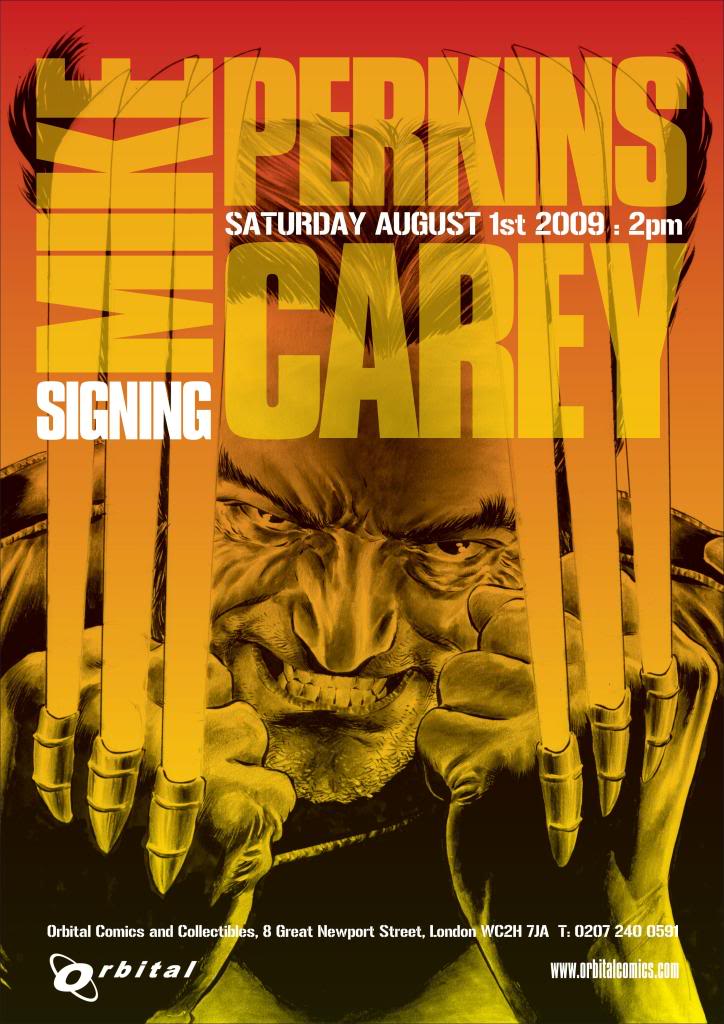 Mike Perkins is the illustrator and co-creator of Marvel Comics’ Spellbinders and Kiss Kiss Bang Bang from CrossGen Entertainment. His most recent work at Marvel has included Captain America, Union Jack, X-Men, Annihilation:Conquest and House of M:Avengers. His current work involves illustrating the Marvel Comics adaptation of Stephen King’s The Stand.

Mike Carey is a british writer and has written an array of top selling comic titles and novels for DC Vertigo, 2000AD, Marvel, as well as several other comics publishers.His most notable works include Lucifer, X-Men, Hellblazer, Crossing Midnight.

Both Mikes have co-created Carver Hale: Twisting the Knife, Signs and Wonders (Spellbinders vol.1), and Secret Invasion: Who do You Trust TPB.